As many of you know I love to do research. I have been doing quite a bit of research on wildlife and birds in general over the last few years. I started following some new birders via their websites, the result of both in person meetings at birding events, Facebook (BwBTC) and Google+. Those people are Mia McPherson, Kathie Brown, Steve Creek, Scott Simmons and Dan Huber.

As I spent more time researching their websites, I was drawn to a common online magazine that they were all contributing to. That magazine or portal is Birding is Fun. Birding is Fun is a great place to learn about birds, gather information, and be presented with resources to further your birding education. So far I am really impressed with the people involved with Birding is Fun and look forward to learning more from their contributors. I am honored that they presented my profile on their website today. 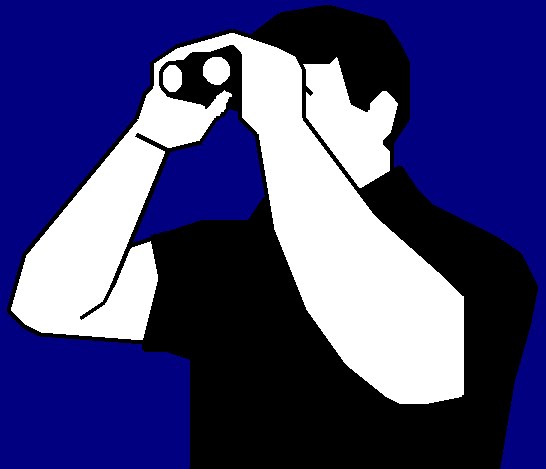 It is amazing how many House Finches have been present at the feeders this year. Last years honors for family of the year were split between White Throated Sparrows and Dark Eyed Juncos. Neither of those species are yet to be found but we do have about 8-12 House Finches.

While I have had fun with all of the birds in my yard, I am hoping for some more variety over the coming weeks. I bought enough bird seed this weekend for more variety!

Blue Jays are difficult to photograph at a home studio. I have found over the last 3 years that no matter how long I stand still, make no noise or even move, the Blue Jays won’t return to the feeders I am photographing. That is however, until 3 minutes after I go back inside :-). I have been fortunate to have 2 pairs of Blue Jays staying around our home this winter and laying glass on them is one of my priorities!

One of the ways I have combated this issue is by changing my feeder locations to take advantage of some natural blinds on my property. So far the results of these new locations are very promising with one exception. The sun goes down on this area very early in the afternoon which deprives me of the sweet afternoon light.

I received some very interesting correspondence regarding last Monday’s post (link here). The responses were mostly complimentary but some seemed to infer a message that I was not trying to convey. After reading all the comments on the post and some direct emails, I think I was not clear in my message. So I will be blunt today. I love birding and bird photography. My post was only trying to share the fact that I have differing expectations when I undertake one vs. the other. I wasn’t trying to infer that one needed to take sides or that one activity was superior to the other! There were some comments about both birders and bird photographers (mostly photographers) not behaving properly and maintaining a philosophy of “get the shot at all costs”. I have seen this behavior myself and think it is wrong. We as birding/wildlife advocates need to do whatever we can to stop any behavior that would jeopardize the welfare of the wildlife we are observing. I have always practiced “No image is worth the welfare of the subject” during my wildlife photography and viewing attempts.

One interesting perspective came from Robert Mortensen over at Birding is Fun (link here). I really enjoyed how he used the umbrella to describe different aspects of birding that make up its own ecosystem. I think that umbrella could be expanded to encompass all wildlife, not just birding. But Robert’s post started me thinking a little differently. I have a few ideas that I am going to let germinate but plan on sharing with all of you shortly. Again thanks for the great “debate” and all the comments. I’m glad so many of you enjoyed the topic and hopefully you are thinking differently about this as well!

I know, I know…..its corny, I just couldn’t resist.

Have a great weekend!

This female Northern Cardinal has been spending a lot of time at the feeders recently. She is new to the area as I have not seen her markings before. I think she is a beautiful specimen. My wife is jealous ;-).

I get asked this question a lot. Many people don’t realize that “birding” and “bird photography” are NOT the same thing. I know this may seem odd to some of you since you are probably saying to yourself “I take pictures when I go birding”! Well I also make bird images when I am out with other birders. However, when I attend outings with birders my intent is to learn about birds, not make images. I think that is really the difference between the two activities, what are your goals or intent when you arrive at your location? For me, the preparation and mindset I get into are different if my intent is bird photography and not birding.

The quest for great bird photography is not practical in a group with as many people as birding groups usually contain. My best bird images have been created when I am alone or with a very small group of photographers. This is true for several reasons. First, wildlife in general does not like large groups. In fact, if you look at the details of many “wildlife photography workshops” you will notice that most have a maximum participant size of 6. The reason is simple. It is very difficult to have 18 people sneak up on a bird or bear :-). Second, I have made some great friends in the birding world and as a group, I feel comfortable saying they are the nicest bunch of people I have ever met. But inevitably when you are in large groups of people, all with different agendas, trying to make sure someone doesn’t walk in front of your images or scare off your subject is just not practical. Alas, birders I know, hate sitting around at a perch that has perfect light waiting for a bird to land on it so a nut like me can photograph it ;-).

So how do I deal with these “issues”? Personally, I adjust my expectations for the group I am with. When I am with birders, I try to learn as much as I can and share information. I do not go out with the hope of making an image that I will sell or put in my portfolio. I save that for when I am with bird photographers or out on my own. The opposite is true when a birder friend wants to go with me to do some serious shooting. I share with them the process I go through before I visit a location and the plan for that days shooting. So far this approach has worked very well for me, allowing me to get the most out of both types of birding experiences.

I’m fortunate to have Downy and Red Bellied Woodpeckers that visit my feeders. They are not easy to photograph let alone to get clean images. I happen to like both of these, especially the clean backgrounds. I hope you enjoy them.

I am not a fan of having bird feeders in my images. But I made an exception here because of the gesture shown by this pair of House Finches.

The behavior of the birds was interesting. What you can’t see from these images, but I hope you can surmise, is that a Red Tailed Hawk is flying above. After every seed these two pulled out of the feeder, they would eat that seed while keeping a close eye on the Hawk high above.

Sometimes you are in just the right spot! I woke up early Friday morning and headed to Greenwich Point Park to photograph the sunrise and whatever birds I could locate. Unfortunately, when I arrived I realized I had forgotten to check the tide table……tide was out! If that wasn’t bad enough, the wind along the shore was strong, probably 15-20 mph gusts, strike two!
Given the weather conditions and the nondescript sunrise, I headed home. I had planned on doing some work at the computer this weekend so I got down to business. I didn’t give it much thought at the time, but my wife informed me that she had seen thousands of crows fly over the house on Thursday, stop in the yard briefly and move on. I surmised that these were Common Grackles. Hoping that they would return today, I left my camera mounted on the tripod in the garage. Sure enough, off in the distance, I could see the black cloud coming our way.

I have always had a hard time photographing Grackles. They tend to be very skittish birds. In order to make these images, I used the garage as a blind. I had fantastic light which helped to show off the iridescense of the species feathers, something I really like about Grackles.

I suspect that this flock of Grackles was not the one my wife saw. She claims there were thousands. I only counted hundreds. Given that Luke Tiller from Under Clear Skies, reported 44,000 Common Grackles in Greenwich on Thursday (Greenwich is south west from here), I think what I witnessed on Friday was a different flock.

As I have said before, you never really know what you are going to find in your own backyard. The biology/behavior I was able to witness on Friday was awesome. As many of you know, I have a resident family of Red Tailed Hawks living in the woods that surround my home. The Grackles spent the day avoiding the Red Tailed Hawks or I am sure they would have spent more time here. I was able to witness a great piece of hunting as well on Thursday. One of two Hawks circled above the flock of Grackles while the other flew threw the flock and chased and ultimately captured one of the Grackles. I only wish I had a video camera on the action.

The result of spending the day observing the Grackles was I didn’t get much computer work done.